How do you get from Chancery Lane to St Paul's using London Underground stations?

This network of word-association connects a large proportion of the stations of the London Underground. To help navigate this network, I've put together the map below:

A few points of trivia about the map:

Posted by Not Quite Tangible at 14:19

A little while back I had a go at mocking up what the abstract, colourful and geeky Tube map might look in 22 years' time: 2040 Tube... 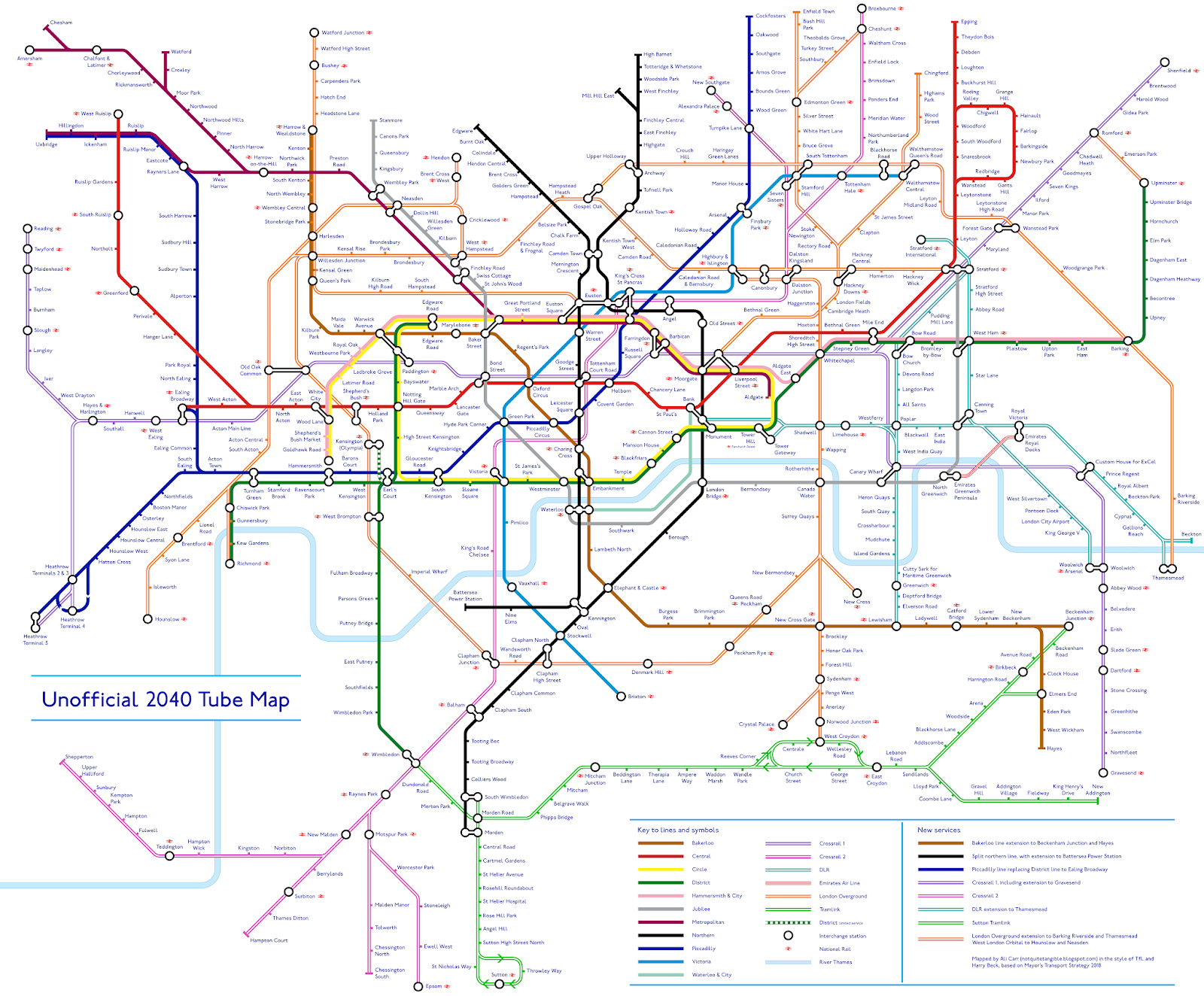